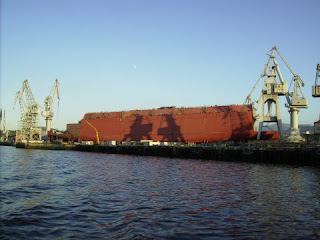 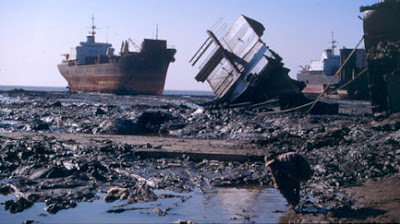 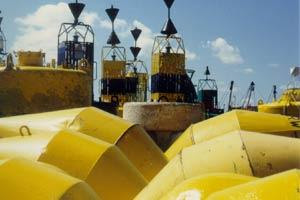 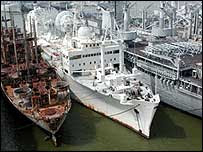 European Cargo Services acquired a stake in Africa West Cargo Airlines, the GSA network announced yesterday without disclosing details on the size of the shareholding or the purchase price. ECS said it believes this is the first time a GSA has invested in an airline. Africa West operates three An-12 freighters out of Lome to 14 destinations in West and Central Africa, offering some 160 tonnes of capacity per week. It feeds its African network with twice-weekly flights from Ostend.
Gepost door oronieuws op 18:01
Labels: Africa, ECS, Lome, Oostende 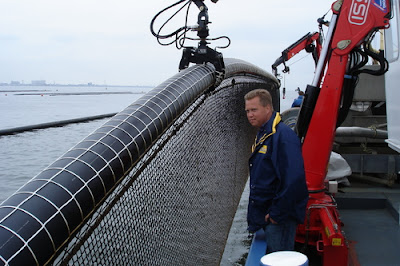 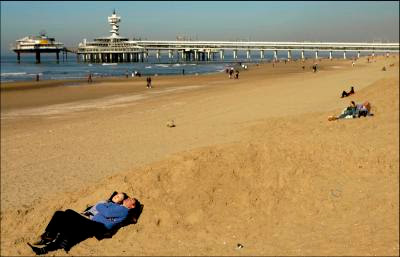 LONDON (Thomson Financial) - Global Infrastructure Partners (GIP), a Credit Suisse and GE Infrastructure joint venture, said it has acquired 100 pct of IPH (Jersey) Ltd, the port development company that is building a new harbour and related infrastructure at Great Yarmouth on the UK's east coast. IPH has signed an agreement with the Great Yarmouth Port Authority under which it will acquire the existing port assets in exchange for building the outer harbour and expanding the port's infrastructure. IPH founder Alistair Baillie, a former chief operating officer of P&O Ports, will continue to manage the company, GIP said. 'The acquisition is a way of getting the capital backing required for the development at Great Yarmouth,' Baillie told Thomson Financial News in a telephone interview. 'Initial capital of 50 mln stg is needed for harbour infrastructure.' Construction of the new harbour, which was first proposed in 2000, will begin in the next couple of weeks and will take 15-18 months, Baillie said. IPH also announced it has entered into a joint venture with the world's second-largest port operator, Singapore-based PSA International, to develop and operate a shortsea container terminal in the new harbour. "The terminal will serve the European shortsea trades as well as medium-sized trades to the Mediterranean and Africa,' Baillie said. He added it could also be used for feeder traffic to continental European ports, particularly PSA's terminals in Antwerp, Zeebrugge and Rotterdam. Baillie also wants to attract a ferry operator to the port and expand its existing facilities serving the offshore oil and gas industries. 'Great Yarmouth will be a multipurpose port,' he said. 'The shortsea terminal is an important development, but the port will also serve the ferry industry, general cargo operators, the offshore industry and wind-farm developers.' Under its new ownership, IPH is looking for acquisition opportunities beyond the UK. 'We have a broad international mandate and we will be looking at medium-sized international ports and terminals,' Baillie said.
Gepost door oronieuws op 22:11
Labels: GIP, Great Yarmouth, PSA, Zeebrugge
Bekijk ook de Lokale Nieuwshoofdpunten voor vandaag maandag 29 mei 2007.
Gepost door oronieuws op 13:06 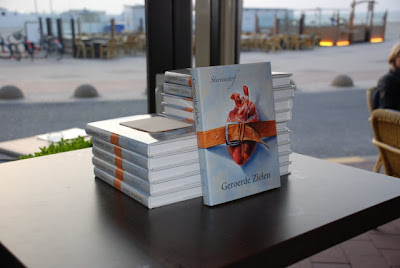 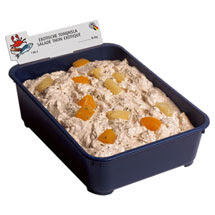 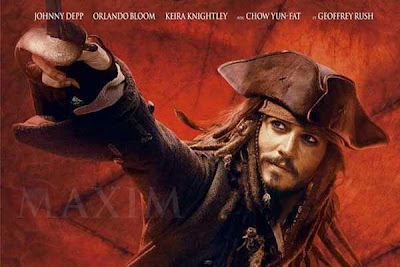 It takes at least 40 minutes for Cap'n Jack to appear
Dir: Gore Verbinski
With: Johnny Depp, Orlando Bloom, Keira Knightley, Geoffrey Rush
Slap me thrice and hand me to my mother, it's Jack!" The joyous proclamation that greets Cap'n Sparrow could have been uttered by any cinema manager from Annapolis to Zeebrugge, so vital has POTC become to the box office.
Dead Man's Chest, the second in the series, took a cool billion dollars worldwide. Not bad for an idea that started off life as a theme park ride.
Slow Boat to the Carribean
The third, and meant to be the last, in the series hoves into sight with the same crew helming - Gore Verbinski directing with a screenplay by Ted Elliott and Terry Rossio. Superstitious lot these Hollywood types. Together they deliver a romp that's superior to Dead Man's Chest but shares that movie's crippling weaknesses. At almost three hours, At World's End makes a slow boat to China seem like a speedboat ride round an Olympic-sized swimming pool. It's bloated, unfathomable and not an eyepatch on The Curse of the Black Pearl, but with the aid of Johnny Depp as Cap'n Jack, Geoffrey Rush as Barbossa and spectacular special effects, it will likely pass muster with fans. Half the appeal of franchises is knowing that familiar faces will return doing what made us warm to them in the first place.
No Jack swooping to the rescue!
Verbinski flips that idea with an opening so dark it will seem like you've wandered into the wrong film. Scores of pirates are being led to the gallows, a child among them. Ah, you think. Cap'n Jack is going to swoop from the ramparts like a cross between Douglas Fairbanks Jr and Larry Grayson, utter a cheeky bon mot and rescue the nipper. Nope. These are black times in the piracy game, with the British government and the East India Company in league to clean up the seas. Jack is beyond caring, beyond everything. Last seen stepping into the maw of a sea monster in Dead Man's Chest, the captain has gone to the other side. The other side in this case being Davy Jones's locker, limbo or more likely a rather nice island with a six-star hotel just out of sight. It falls to his old muckers Barbossa, Elizabeth (Keira Knightley) and Will (Orlando Bloom) to rescue him for selfish reasons. Due to a meandering preamble only notable for the appearance of Chow Yun-Fat as a pirate lord, it takes at least 40 minutes for Depp to appear.
Little Depp in a Lot of Film
On his dreadlocked head the starriest of entrances is bestowed. The screen fades to grey, pauses, then bursts into blinding white light followed by a close-up of Depp. All that's missing is a "Here's Johnny!" For the rest of the film, Verbinski overcompensates for the previous lack of Jack by having coachloads of them spill from the character's imagination to variously offer counselling, crew his desert ship and spring him from jail. Breeding Jacks like rabbits is a lazy but understandable move on Verbinski's part. Depp has always been Pirates' greatest treasure, yet there were other factors that made the first in the series a surprise hit.
Chief among them was humour. Pirates was a Hollywood blockbuster so camp and silly it could almost have been a ye olde Carry On movie with a dash of Ealing. When At World's End plays to that strength it can still raise a smile. In one scene, the ship is sailing through waters filled with the dead. Ragetti (Mackenzie Crook) and his mate, Pintel, are gazing in awe at the passing Ophelias. A haunting beauty hangs about the scene, swiftly punctured by Crook musing: "I wonder what would happen if you dropped a cannonball on one?"
Threequel not so Well
Elsewhere the strain of the threequel is evident. Elizabeth and Will's romance, never much of a firecracker to start with, putters on. Depp, earning his money again, squeezes the last drop of life from Jack. The character was, of course, inspired by Keith Richards, rock'n'roll's very own buckler of swashes, who makes a brief but embarrassing appearance as Jack's dad. It's like watching grandpa break dance. Stick to the day job, Keef. As for the convoluted plot, my advice would be to ignore it but that leaves a lot of time to fill between Depp and the admittedly marvellous action scenes. There's an end of an era mood, as if everyone was of a mind that they were not going to pass this way again so to hang with the budget. That said, and it may have been a scurvy-induced hallucination caused by 168 minutes adrift in the cinema, the ending left the way open for a fourth in the series. Pirates of the Caribbean: The Cash-In Continues, perhaps. It's a destiny that may have even been foretold in traditional pirate fashion. As Barbossa says to Jack (feel free to punctuate with your own "ayes", "aaars" and "me hearties"): "There's never any guarantee of coming back, but passing on, that's dead certain."
On that the box office, not the critics, will have the final say.
Gepost door oronieuws op 08:52
Labels: Beverly Screens, Heist, Jack Sparrow, Johnny Depp, Knokke, Rembrandt, Verbinski, Zeebrugge
Nieuwere posts Homepage
Abonneren op: Posts (Atom)