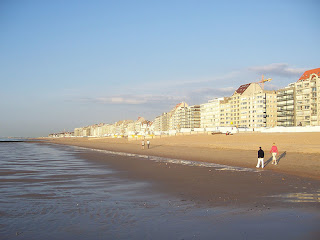 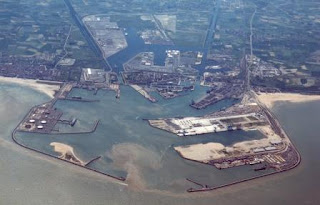 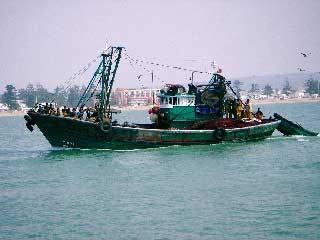 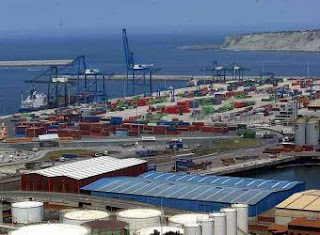 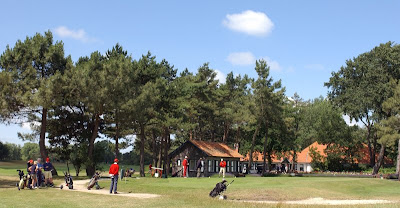 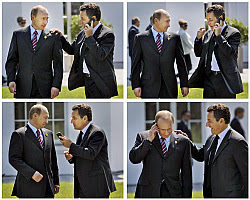 Gazprom on Wednesday denied it was seeking assets from merging French firms Gaz de France and Suez, amid speculation that French President Nicolas Sarkozy promised the Kremlin he would support the move. Analysts expect France to offer a reciprocal to Gazprom after the state-run gas giant's decision to award French oil major Total a share in developing the coveted Shtokman field last week. "Regarding the rumors, we deny them," a Gazprom spokesman said. "Negotiations on buying GDF or Suez assets are not going on." Prime-Tass news agency, citing an unidentified source, reported late Tuesday that Sarkozy had pledged his support during a phone call with President Vladimir Putin on July 11, the eve of Gazprom's decision on Shtokman.
A senior adviser in the Elysee Palace denied that Sarkozy had made the promise during the phone call. "The issue did not come up," said the adviser, speaking on condition of anonymity. "There is no deal. There is no link between the two issues." Prime-Tass said Sarkozy told Putin he would support Gazprom bids for several Suez assets, which the French company is to sell off to obtain European Commission monopoly clearance for its delayed merger with GDF.
The report identified the assets as a Distrigas liquefied natural gas terminal in Massachusetts and the Zeebrugge LNG terminal in Belgium, as well as power assets in France and Belgium. Gazprom deputy head Alexander Medvedev first floated the idea last August, France's La Tribune reported at the time. Spokespeople for GDF and Suez declined to comment. As the Kremlin moves closer to completing its strategy of bringing major oil and gas projects into its fold, it has moved to phase two -- striking direct deals with European firms in a bid to circumvent opposition to its plans of energy expansion. "Russian companies are growing, and the limits of the Russian market naturally become very tight," Kremlin spokesman Dmitry Peskov said. "Our closest ally is Europe. Predictably, the first market of attention for big Russian companies is the European market, especially in the field of energy." Analysts said any moves into the French market after the Shtokman deal would be consistent with the Kremlin's policy of expecting access to European markets in exchange for allowing Western oil firms to operate in its increasingly lucrative developments. "There is so much upheaval in the energy sector right now. Why wouldn't a new French president be exploring possibilities, for example with Algeria or Russia?" said Daniel Simmons, a gas supply expert with the Paris-based International Energy Agency. Sarkozy has said he is keeping his options open as the government decides whether to issue formal approval for the $123 billion merger of GDF and Suez, including some sort of deal with Algeria's Sonatrach. Gazprom is more likely to seek an equity stake in the merged GDF-Suez holding or direct access to French end users, said Valery Nesterov, an analyst at Troika Dialog. Some analysts have speculated that Total might have offered to ease the terms of its production sharing agreement at the Kharyaga oil field, allowing the state to reap higher profits in a world of over $70 per barrel oil prices. Total spokeswoman Patricia Marie declined to confirm or deny whether the issue of Kharyaga was part of the negotiations on Shtokman. The company has come under fire for purported environmental violations at the field. As Europe continues to voice its concern over heavy dependence on Russian energy and relations with the West plummet to a new low, the Kremlin has been aggressively pushing an approach of "strategic reciprocity" -- sealing tit-for-tat energy deals to overcome popular resistance to Gazprom's desires for westward expansion. As part of the deal over Kovykta -- a large gas field in eastern Siberia that BP's Russia unit handed to Gazprom in June after months of state pressure -- BP, TNK-BP and Gazprom agreed to look at investments with up to $3 billion, including global asset swaps. Last week, Shell and Rosneft agreed to look at joint projects in Russia and abroad. The agreement was signed half a year after Shell ceded majority control of Sakhalin-2 to Gazprom, following a months-long campaign by state environmental officials. Moscow has indicated a clear preference for striking direct deals with European capitals and oil firms, bypassing Brussels as negotiations on an energy strategy with the European Union continue to stall. While it has won long-term supply contracts with several countries -- Gazprom's deal with GDF runs through 2015 -- it has failed to make widespread inroads into downstream markets. "There are many countries who have their own policies with regards to Russia," said Simmons of the IEA, adding that Brussels has failed to develop a "united front" to Russia. Gazprom awarded a 25 percent stake in Shtokman's operating company to Total on July 12, yet stuck to its commitment to keep full control of the field's license and reserves. It also said it could offer a further 24 percent stake to more foreign participants.
Gazprom announced in October that it was shutting down competition for stakes in the field, after lengthy negotiations with Total, Statoil and Norsk Hydro of Norway, and U.S. firms ConocoPhillips and Chevron.
Gepost door oronieuws op 09:16 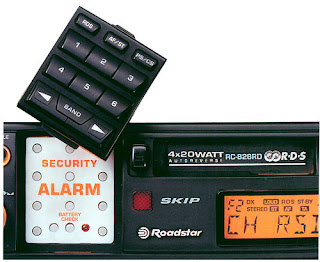 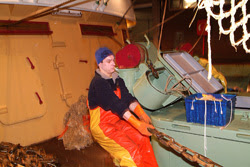 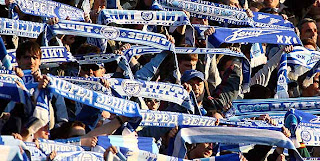 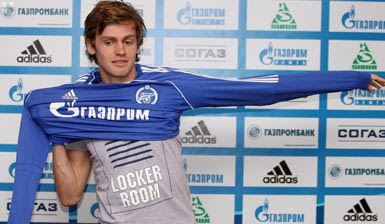 In Namibië kwam er vandaag een stroom van reacties op gang wegens de geringe straf die bokser Harry Simon (the Terminator) kreeg toebedeeld voor het doden en verwonden van toeristen uit Knokke-Heist. Velen vonden de straf veel te licht, te meer daar iemand in Namibië een veel langere gevangenisstraf kreeg voor het stelen van een paar runderen. Dit zijn de reacties:
* OUR country sucks! Harry Simon gets two years for killing three tourists and Hamutenya gets 15 years for stealing four head of cattle. What a horrible country we live in.
* NAMIBIA will be a forsaken tourist destination.
* JUSTICE at last for 'The Terminator'. His actions have terminated the lives of five people in total.
* HARRY'S sentence should have been doubled! What is two years?
* WHY should Harry get such a light sentence for killing three people? Thomas Florin got life for killing his wife. Harry gets two years. Come on, this smacks of political favouritism. The law should treat all criminals equally severe.
* IT'S a shame that Simon did not steal a cow. Then at least he would have gotten a longer sentence.
* AT least justice has been served with Harry Simon's sentence. The ever increasing lawlessness and disregard for others lives has gotten out of control. It should have been 20 years jail and banned from driving for life.
* THREE dead people equals two years in prison. But three live cows equal 15 years in prison! That is beyond my comprehension.
* JUSTICE has been served. Thank you judges, we don't know why it took so long.
* IS there a restriction to our democracy? If the majority are in favour of the death penalty, why the excuse of a sacred document called the Constitution.
* SIMON has learnt that the law doesn't care about your social or national status. But in fact the sentence was very light. Let us all learn from his lesson.
* I DO not understand the case against Harry. To me the accident was a mistake and should have been treated us such.
* IF you kill someone you must go to jail. If Harry goes to jail, so should all criminals.The justice system is allowing criminals to roam free by giving them bail.
* WE hear someone killed his wife and set the body on fire and was granted bail. Harry Simon's accident that killed the tourists was not deliberate, it was an ACCIDENT. Set him free.
* WHAT the judge did to Harry was unfair. It was an accident in which the tourists died. Harry has made peace with the family who lost their loved ones. I call on the government to free the boxer and allow him to pursue his boxing career. I, Bernhard Kamatoto will pray for you during these difficult times.
* WAS the deadly car crash between Harry's vehicle and the Belgian visitors deliberate? If so, let him face the charges. I see Harry's punishment as a sort of a disciplinary action against the ex-boxer.
* JUSTICE has taken it's course. All of us are equal before the law. Harry is lucky to have walked away with a lenient jail term.
* HARRY'S punishment, in my opinion, is not commensurate with the crime he committed. However, it will be interesting to see what time period he will spend in jail. Two years? A-la Paris Hilton!
* FINALLY, Harry Simon is where he belongs! But what took them so long to lock him up? Does his skin colour play a role - maybe?
* HARRY Simon deserves more than just two years in jail. Being a champion does not mean you should go around beating up people.
* HARRY deserves more than just two years in jail. Being a champion does not mean you should be notorious like Mike Tyson or whoever. Time for him to learn that he can beat anyone but not the law.- Seun
* WE live in the BEST country! Only two years for Harry. Try to steal a cow and you rot in jail! Kill a few and you only sit for two years! Land of the Brave.
* HARRY Simon nafile ofhenda aefwe. (Have mercy on Harry) Making the ACC connection
Gepost door oronieuws op 14:00 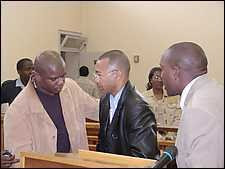 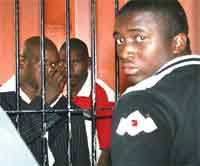 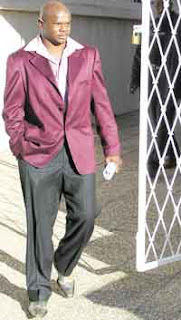 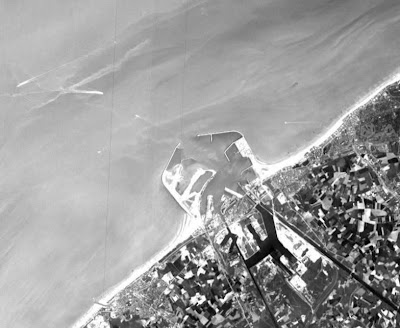 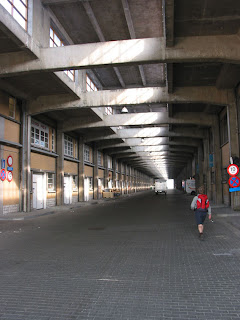 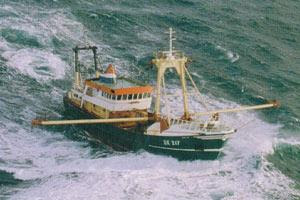 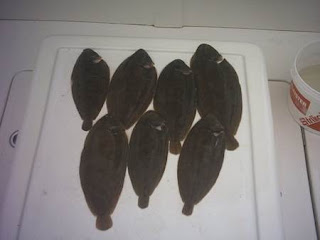